The Shelby GT500 Carries the Muscle Car into the Modern Age 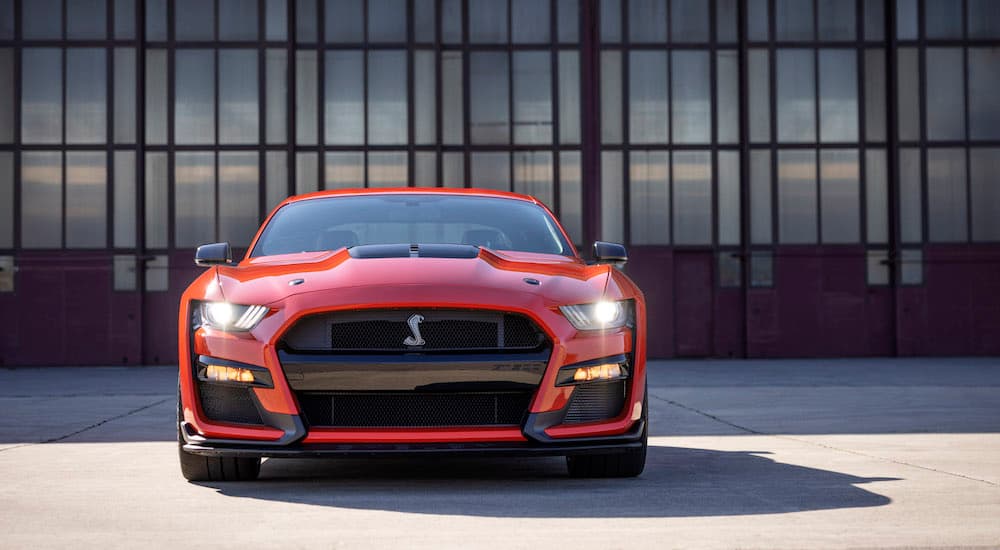 For many, the era of the muscle car was a golden age in the history of the American automotive industry. It was a time when power and performance were a top priority, and the only concern was crossing the finish line ahead of the competition. On drag strips and race tracks across the country, certain cars gained a rich mythology as titans on tires. The Mustang, Camaro, and Challenger are all recognizable as speed demons and aficionados of the past.

Now, in an age where EVs and SUVs have become the standard bearers of practicality and efficiency, many long for the days of high-octane performance and unbridled power. While time travel continues to be something relegated to the realms of science fiction, the muscle car still lives and breathes in our time. What’s more, obtaining one is possible right here at Future Ford of Sacramento––simply look for a Shelby GT500 for sale. This legendary car was resurrected in recent years, and for anyone who wants to experience break-neck speed and adrenaline-pumping excitement, today is your day.

The Past Is Alive Again

The Shelby Mustang legacy is one of tradition and ingenuity, which all started in 1965. Carroll Shelby, a designer and race car driver with lofty ambitions, unleashed a vehicle known as the Shelby GT350. Based on the first-generation Ford Mustang but equipped with a 4.7L V8 underneath the hood, this vehicle was designated for one purpose—performance. To this day, the Shelby GT350 remains a coveted trophy among car collectors and racers alike. But just when it seemed that the GT350 was the pinnacle of performance, 1967 would be the year that everything changed for the better.

The birth of the Shelby GT500 set a new standard for high-octane performance that many designers are still attempting to replicate. The inclusion of a 7.0L V8 granted the GT500 an incredible 355 hp and the ability to go from zero to 60 mph in a mere 6.5 seconds. Ford took over production from Shelby in 1968 and continued to build the cars until 1970 when the Mustang was redesigned. However, popular demand came calling, leading to Ford reintroducing the nameplate in 2007 with a supercharged 5.4L V8. Today, the Shelby GT500 is still going strong and proudly carries on the traditions established almost six decades ago.

Look no further than the exterior design of the vehicle. One is instantly transported to a different time reimagined for the modern age. While the 2022 GT500 exhibits the curvaceous nature synonymous with the modern Mustang, it immediately makes a statement and asserts itself as the one-of-a-kind vehicle that its predecessors were. A cobra badge adorns the front and rear, replacing the pony that Mustangs are known for. Traveling down its spine are a pair of distinctive white racing stripes, recalling its 24 Hours of Le Mans heritage, as if there was any doubt about what this vehicle was formulated and designed for.

Performance Worthy of the Gods

With any vehicle carrying the Shelby name, the standard for performance is high and only reached by a powertrain that can take capability to the absolute limit. Truth be told, the 2022 GT500 breaks the mold, as well as the rules, as it’s the single most powerful vehicle ever manufactured by the Ford Motor Company. Equipped with an engine aptly nicknamed the Predator––a supercharged 5.2L V8 with 780 hp and 625 lb-ft of torque––the GT500 overpowers the competition, both domestic and international.

The Chevy Camaro ZL1, the long-standing rival, falls short of the capabilities of the GT500 with a maximum of 650 hp. Even the Porsche 911 Turbo S, one of the most exciting offerings from across the Atlantic, has trouble measuring up, maxing out at 640 hp. If that wasn’t impressive on its own, then the ability of the 2022 GT500 to travel from 0-60 mph in a mere 3.4 seconds guarantees that you will take the checkered flag. Despite its high ratings for speed and horsepower, the GT500 provides a smooth ride that isn’t hindered by performance. A dual-clutch seven-speed automatic transmission and adaptive dampers make you feel like you’re riding on air.

It’s Not Just a Driver’s Seat; It’s a Racing Cockpit

We previously mentioned the original Shelby GT500 and its reputation for placing performance over comfort. While the new incarnation certainly adheres to the high standard for performance, you’ll be quite pleased to know that there’s a newfound emphasis on maximizing the comfort and amenities of the cabin. Oh, wait. Did we say cabin? We meant to say the racing cockpit.

At first glance, the interior of the 2022 GT500 looks very similar to the Ford Mustang, as both vehicles are part of the same lineage; that’s more or less to be expected. However, the differences are enough to take anyone’s breath away. Its Recaro bucket seats provide exquisite comfort whether you’re ripping down the racetrack or simply out for a Sunday drive––although the available rear seat delete means you might be limited to just one passenger. Still, the first thing that catches the eye is the Shelby cobra emblem on the steering wheel, which perfectly matches the one on the grill.

Of course, because this is the modern incarnation of a classic, it also carries many of the same technological attributes of the current Ford fleet. Anchoring the interior is an eight-inch infotainment screen with accessibility to both Apple and Android products and voice-activated commands. This is paired with a 12-inch digital instrument cluster with selectable Sport and Track modes. In the unlikely event that you’re more interested in music and podcasts than the whine of the supercharged engine, there is an available 12-speaker Bang & Olufsen sound system. 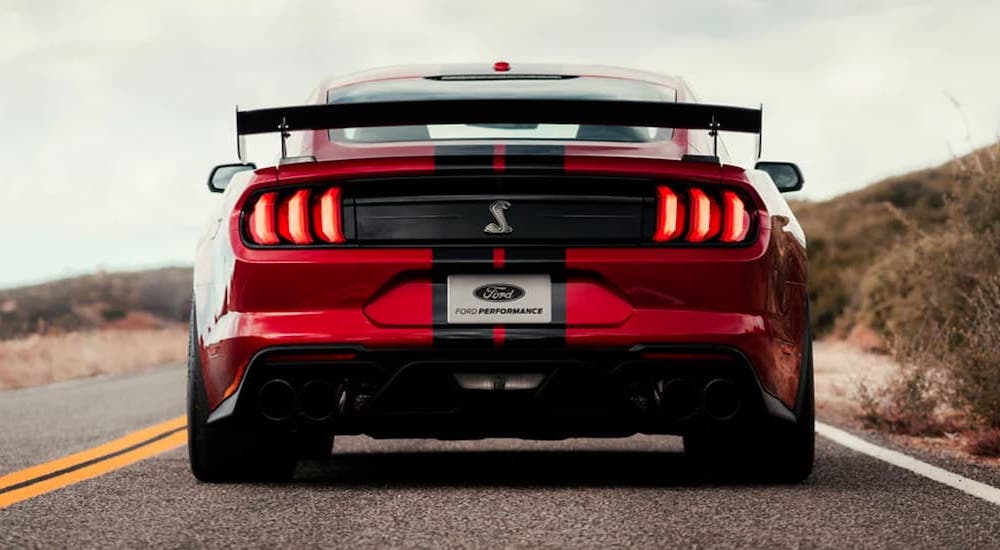 Embrace the New Age of the Muscle Car Today!

The excitement and enthusiasm surrounding the GT500 are understandable, and it doesn’t take much to pique the interest of any driver who’s always wanted to experience the high performance of an all-American muscle car. After all, the muscle car represents a golden age of American automotive engineering, and it’s not every day that we get to take a step into history with something manufactured in the current year.

The contributions made to the history of American racing by Carrol Shelby remain some of the most legendary and were recently brought to the silver screen in Ford v Ferrari. While you might not have been alive in 1965 when the GT350 arrived or in 1967 when performance was taken to new heights with the GT500, you can still experience the Shelby legacy in its exciting new incarnation. Just like the GT500 of yesteryear, a time might come when the current car fades into memory and having the opportunity to own one might not present itself again for several decades.

The roar of the engine and the exhilaration of high speeds are a possibility…especially when you come and see the experts at Future Ford of Sacramento. If you’ve gazed at the Shelby GT500 from afar and always coveted the feeling of hearing the ignition turn over, now is the perfect opportunity to do just that. Our sales team is waiting to go over all the attributes of this legendary vehicle and take your excitement to the next level. Come and see us today; we’ll be ready to wave that checkered flag just for you!