The 5 Most Innovative Years for the Ford F-150 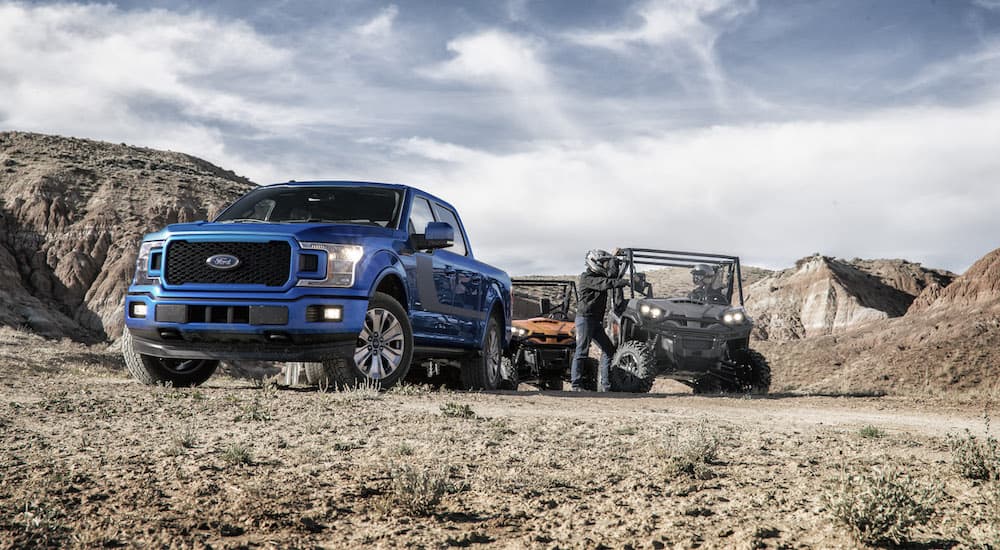 If you’re looking for a Ford F-150 for sale in Roseville, chances are you’re not alone. It’s been America’s best-selling truck for over four decades, with hundreds of thousands of F-150s sold each year. Throughout those years, innovation and quality have been the driving forces behind the pickup’s success. These five model years are some of the most innovative examples of what the F-150 line has to offer and why it has been able to remain the best-selling truck in America for so long.

Brawny, aggressive styling has become the norm with pickups, and we’re not opposed to that. It matches the mean capability that goes along with these vehicles. There’s something to be said for the understated, though, and the 1997 Ford F-150 sports one of the bubblier aesthetics we’ve seen in a pickup. We love a truck that practically looks like it’s growling, but we can’t help but smile when we see the friendly tenth-generation F-150 meandering down the road. Don’t be fooled by its affable face, though.

This pickup gave new meaning to the “built Ford tough” slogan. There’s a reason it’s a sight none too rare to see a tenth-generation F-150 meandering in the wild. For this new series of F-150, Ford implemented an exhaustive redesign, complete with a new body, chassis, and engine lineup. The body got sleeker and more car-like, the engines more efficient and powerful. The chassis now had a fully independent front suspension, as opposed to the classic Ford twin I-beam axles, making for an easier ride. 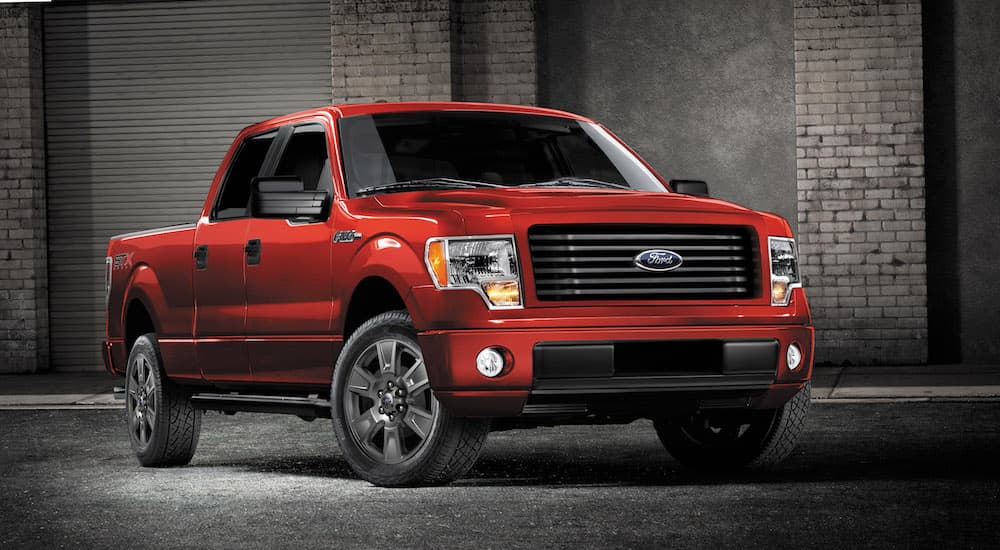 Revolutionizing the pickup market is a tough gig. There is no other vehicle more representative of American values and traditions, and pickup drivers tend to trust technology that has withstood the test of time more than what’s new and unknown. Ultimately, muscle is king in the pickup, and muscle used to be synonymous with gas-guzzling V8s; smaller, cleaner engines just couldn’t get the job done in the same way. In 2011, Ford changed the game with the introduction of the new 3.5L EcoBoost V6 in the F-150, an engine designed to go easy on fuel without sacrificing power.

The EcoBoost capitalizes on turbocharging, direct fuel injection, and twin independent variable camshaft timing to make the absolute most of every drop of fuel. The result? A 365-hp engine that got up to 22 MPG on the highway. Not bad when the previous model year had a 310-hp V8 that got 20 MPG on the highway. Numbers don’t lie, and soon, Ford’s EcoBoost V6 was outselling the V8s, and breaking down our assumptions of what a pickup should be.

Also in 2011, the F-150 SVT Raptor debuted, a pickup that was more play than work. Built for the weekend as opposed to the 9 to 5, the SVT Raptor was an off-roading plaything with high-performance shocks by Fox and a specially-tuned suspension that allowed for plenty of travel. Fun and games aside, this truck could still go to work. Its high-output V8 made 411 hp and 434 lb-ft of torque. Talk about work-life balance.

The 1994 Ford F-150 lands in the ninth generation of this pickup series. With it came new, aerodynamic bodywork that smoothed out its sharp corners and edges. It lost some of the old-school character of pickups from yesteryears, but the enlarged grille and headlights helped style the ninth-generation F-150 in a way that felt both vintage and in vogue (at least that’s the way it looks through a 2022 lens). Aside from the fresh new ‘do, the 1994 F-150 received important safety upgrades, namely an airbag on the driver’s side as the standard option.

In 1994, the PowerStroke turbo diesel made its debut, kicking off a family of engines that would go on to become a legend. One of the great things about the F-150 is the versatility in price and performance the line has come to represent. This is demonstrated by the SVT Lightning, a sports truck based off of the ninth generation F-150 but with a sport-tuned suspension and a V8 that put out 240 hp and 340 lb-ft of torque. Its low-slung stance and exclusively black or red paint job fit right in on the track.

The thirteenth generation of the F-Series encompassed one of the most radical changes to the line: the switch from steel to aluminum bodies. The high-strength aluminum used by Ford cuts out hundreds of pounds while maintaining durability. Again, the truck market tends to be resistant to change, and not everyone is on board with a non-steel body, but Ford’s choice to go aluminum proved to be one that boosted fuel economy and payload ratings. The aluminum alloy used is resistant to rust, too.

The 2018 F-150 fell in the middle of its generation, but it got a mid-cycle refresh that made it feel distinctly different from the model years prior. It got new looks, honing in on the modern, aggressive styling we see in the F-150 today. The engine options were entirely updated and were paired with a new 10-speed transmission and stop-and-start technology. 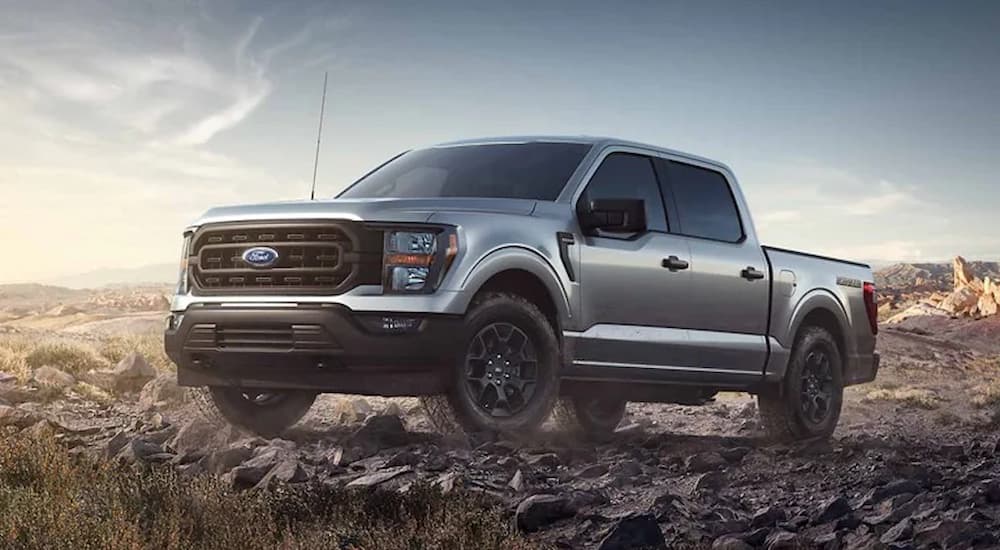 Over the years, Ford has been responsive to market changes, keeping its finger on the pulse of consumer needs and preferences. This is demonstrated by the continual improvement of the F-150 line, so it’s no surprise that the newest pickups are their most capable and versatile to date. For the 2023 model year, the F-150 is available with gasoline, hybrid, and fully electric powertrain options. It will be the second year for the F-150 Lightning, Ford’s fully-electric pickup that is taking the nation by storm.

The Lightning proves that electric doesn’t mean scrawny. In fact, it’s quite the opposite, with up to 563 hp, 775 lb-ft of torque, and a 0-60 mph time in the mid-4 second range. Speaking of performance, the 2023 F-150 Raptor R has never been more ready to hit the trails, thanks to beefy 37-inch all-terrain tires and a supercharged 5.2L V8 good for 760 hp. For customers who want something subtler than the no-holds-barred Raptor R, Ford is adding the new F-150 Rattler to the lineup in 2023. It’s more of an entry-level off-roader, with all the basics you need to get going, like specially tuned shock absorbers, standard four-wheel drive, and skid plates.

With Ford, Every Year is a Winner

Ford continues to expand on the F-150 line, adapting it to a number of different customers and lifestyles. It’s exciting to see Ford break the mold again and again, redefining the pickup truck with every innovation. From introducing aluminum bodies and turbocharged engines to building all-new designs like the Raptor and Lighting, Ford is always at the head of the pack. These five model years may be our top picks, but there’s really no wrong choice when it comes to the F-150. Wherever your life takes you, there’s an F-150 that can get you there.