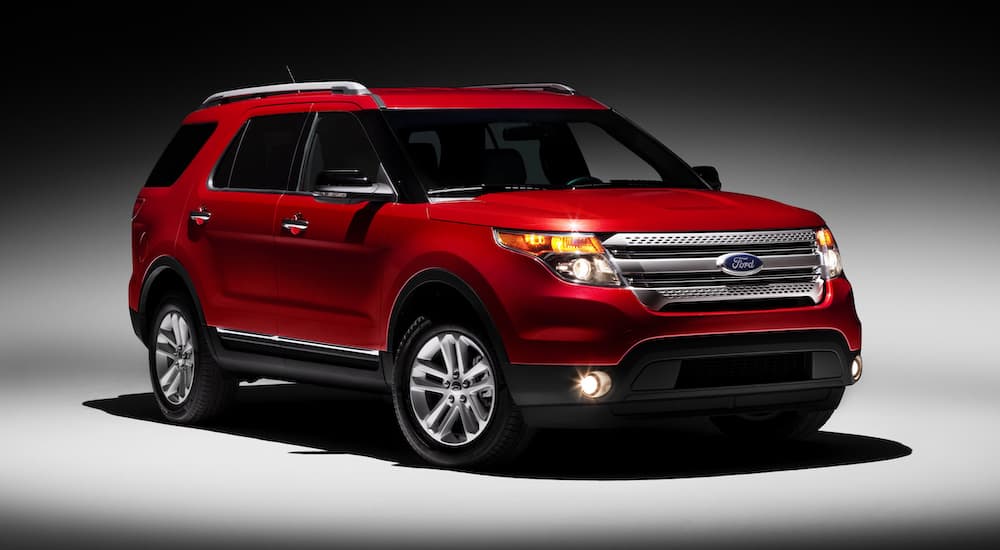 Ford is the go-to for American automobiles. It started the whole game here with the mass-produced Model T. Everybody has their own personal preferences, but if one thing is clear by now, it’s that America loves Ford. The brand is excellent at producing vehicles, but what makes it stand out in the crowd is that Ford offers vehicles for all kinds of drivers. The fact that Ford is renowned both for the Mustang and the F-150 says a lot about the brand’s versatility and expertise, being able to produce fan favorites in two extremely different segments. It is no surprise, then, that Ford can also produce fan favorites when it comes to family vehicles, namely SUVs.

A fan-favorite Ford SUV is the Explorer; this mid-sizer is the perfect fit for families who want extra space––but not too much––and have a flare of adventure. We find it hard to believe, but the Explorer has already been on the market for over 30 years, having made its debut in 1991. Because it’s been around for a while, it’s a great vehicle to consider buying Certified Pre-Owned (CPO). What’s CPO, you ask? Well, any Certified Pre-Owned Ford Explorer dealer would have you know that CPO is a pre-owned vehicle that has been declared to be of the highest quality. Think “good as new” quality with a “good as used” price.

Purchasing a CPO model is an especially great option for the Explorer because it allows families to have one of the highest-quality SUVs on the market while staying within budget. Limited funds do not mean that you have to settle for limited quality, and don’t let any other dealer make you think that’s the case. Because Ford has done over 30 years worth of Exploring, there are a lot of options in the CPO market for this great SUV. To narrow it down, let’s look at the past decade of the Ford Explorer and see what potential CPO customers are looking at.

Just over a decade ago, the Explorer underwent a pretty big makeover for its fifth generation. While it was previously a rear-wheel-drive-based SUV with traditional body-on-frame architecture, it changed its whole structure to a front-wheel-drive-based design with unibody construction. This was a major change to the vehicle. Rather than having the classic boxy look of a traditional SUV, it took on a more rounded, compact look to fit the style of a crossover SUV.

This is a great generation to purchase CPO, as it ushered in a new era of the Explorer, carrying with it a bit of history but still fitting the bill for the modern-day driver. Though the design got a bit smaller, this Explorer can still bring home the power. With a standard V6 engine, those six cylinders will work to give this compact SUV a little extra grit. If you really want to lean into the grit, though, look for a model with the 3.5-liter EcoBoost V6 engine, which offers thrilling acceleration.

The fifth-generation Explorer is great for families since its redesign is conducive to suburban life, making it a better fit for driveways and garages while still offering the kind of interior space you’d hope to find in an SUV. Additionally, the front-wheel drive base makes for a more easily controlled ride, and safety is the number one priority when taking care of your family. This version of the Explorer became a major part of Ford’s lineup, and there are a lot of fifth-generation Explorers available Certified Pre-Owned. 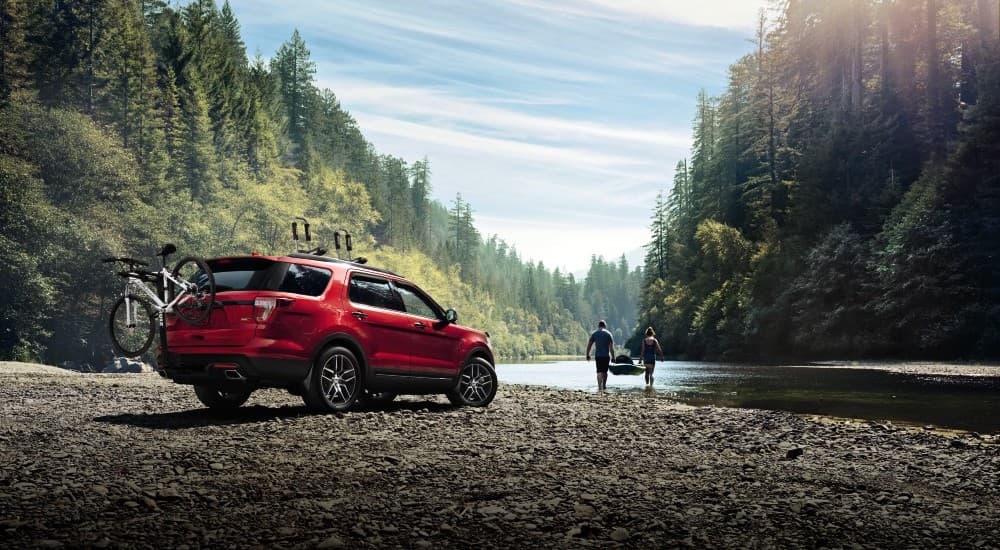 Making Over the Makeover

Just because something is better doesn’t mean it is the best. Ford saw a way to make its newly-made-over Explorer even better. So it did. In 2016, the Explorer got a significant boost in its styling, giving it a sportier, sleeker aesthetic.

The 2016 model shines with the kind of subtle refinement that is crafted by true automotive design experts. If a sporty design is your thing, this is certainly the model year range you’ll want to look into. Of course, getting too caught up in looks and fashion can distract us from what really matters. But recognizing that you may be spending large amounts of time in your car may help you develop stronger preferences for what you want your environment to be like during that time. Having high-quality design features can improve your time on the road, and subtle details can make you feel like you’re in a warm, home-like environment.

The 2016 Explorer was not meant to be a huge leap forward in engineering prowess nor a massive technological advance. Rather, it served as a year of improving the quality of the driving experience by leaning into high-quality design features.

While 2020 was a rough year for many of us, the Explorer was thriving. The 2020 Explorer marked the beginning of the sixth generation and made improvements so significant that it was released as the “All-New 2020 Ford Explorer.” Just what were these significant changes, you ask?

While there is a safety benefit to front-wheel drive, rear-wheel drive provides the opportunity for superior acceleration and towing. This can provide a safety benefit of its own while also providing a thrill here and there. Of course, thrill driving is not necessarily the go-to move when the kids are in the car. But if you’re taking your Explorer to work by yourself, you could get yourself in an energetic mood by making full use of the Explorer’s capability.

When it comes to capability, the 2020 Explorer has much more than rear-wheel drive in store. Do you have guesses as to what we’re talking about? You might not because the Explorer Hybrid was a surprise to us all. This version pairs a V6 engine with electric motors, providing all the power you expect along with much higher efficiency. In fact, the Explorer Hybrid is slightly more powerful than the standard Explorer with its 2.3L EcoBoost engine. 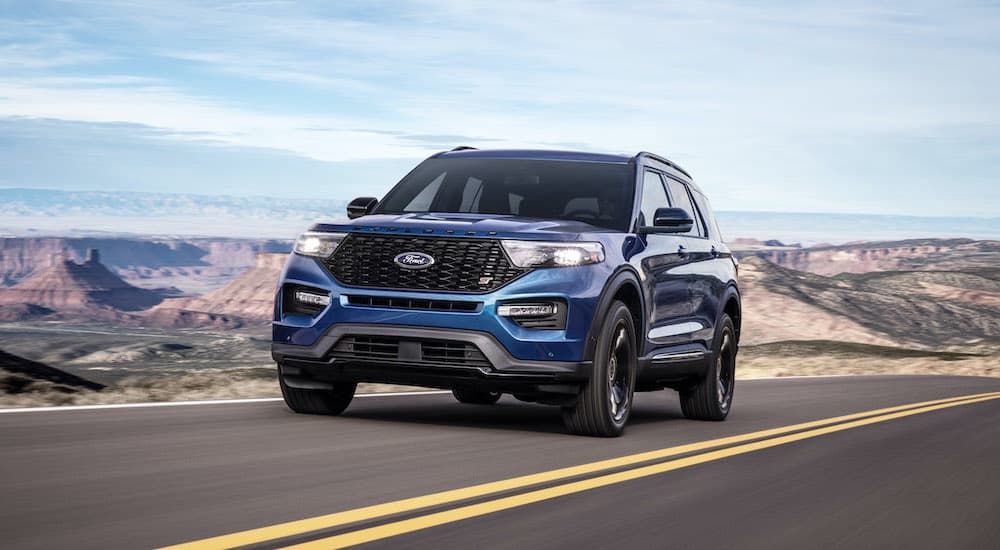 The Explorer has a lot of options. If you go further back than 2011, you’ll find an entirely different vehicle, one which now represents a bygone era of the automotive industry. However, those older model years are no longer eligible to be part of Ford’s CPO program. It’s amazing how much models change and evolve over time. Purchasing a Certified Pre-Owned vehicle allows you the opportunity to better decide which model is best suited to you and your family.

Of course, a hybrid is always exciting. But maybe that fifth-generation front-wheel drive model is the best choice for you. Or perhaps the sporty design features of the 2016 model would be perfect for using your vehicle for daily driving. Whichever Explorer is best suited for you, this vehicle will certainly help you explore the open roads or even take the road less traveled. But don’t just think about it forever. Visit us, check out your options, and take a test drive. The sooner you get the practical stuff taken care of, the sooner you can go Explore!